If you aren’t familiar with Promises or you have used them but don’t know why, then I hope this article will help you. Because “Promises are confusing.” And like any programming construct, having a good grasp of its behaviour comes from understanding what a Promise is built to do, not just how to use them. In this article I want to discuss some ways to utilise the “power of the Promise” and explain that in some cases unexpected or unusual behaviour is a feature of the language, not a “bug in the Matrix”. We will also discuss some common anti-patterns; what they are, why they are potentially dangerous, and how to avoid them.

Give us this day our daily Promise,
and forgive us our asynchronicity,
as we forgive those who nested too many callbacks,
and lead us not into Callback Hell,
but deliver us from evil,
for thine is the JavaScript,
and the power, and the glory,
for ever and ever,
ECMA

Why? Asynchronous development means passing control between multiple contexts frequently. This results in quite confusing code, as anonymous function declarations dominate the codebase and make it difficult to follow. Promises are a way of organising asynchronous operations in such a way that they appear synchronous and we can therefore leverage them to save us from feared Callback Hell [1].

How? Promises are a part of the ES6 specification [2]. This means they are available natively in implementations of the spec or alternatively, for environments that haven’t caught up yet [3], in a plethora of third-party libraries [4]. My favourite is bluebird for its fantastic array of features and the famous promisify function [5,6]. To run the examples given in this article I suggest copy-pasting into the Chrome developer console.

As humans we are all Ponderlings, each of us accustomed to a good old ponder now and again. It is the lifeblood of momentum in learning and carries us from bemused dumb-brains to clever-little-things. Here are some ponderings that I pondered as a Promise Ponderling… I hope that made sense… and I hope they will help you.

To understand what these terms mean we only have to consider why Promises borrow their name from their real-world counterpart, whose purpose is as an assurance mechanism. In the real-world a promise has two outcomes: that the assurance is fulfilled, or it is unfulfilled. We can map the actions resolve and reject as arbiters of each outcome, respectively:

2.2 “What is the difference between new Promise() and Promise#then?”

We can create a new assurance by using new Promise(). The function that Promise accepts will eventually call either the resolve or reject functions, which are given as arguments. Promise#then is an instance method, allowing you to accept the result or failure of a Promise while itself returning a new Promise. As a result we can chain calls to then, each invoked when its immediate ancestor has resolved or rejected. It is this chaining that cleverly brings asynchronous architecture back to the familiar linear behaviour of synchronous development.

2.3 “What can I give Promise#then? Does it accept a new Promise?”

The then method accepts two callables: a handler for success and a handler for ‘catching’ errors (read on a few questions to find out what errors). Both callables are handed a single value on invocation. If you don’t give then a callable the Promise will resolve immediately to the previous Promise’s value. new Promise(...) is not a callable, and so this rule will come into effect.

Then you take it to your grave! (Or to Promise Hell?) But really, nothing happens. Execution will not be passed to the next then and your Promise chain will become ‘stuck’.

However don’t forget that inside a then success handler, you can return any value to pass execution on to the next then in the Promise chain:

2.5 “What affect does rejecting a Promise have?”

Rejecting a Promise will invoke the next available error handler supplied with then.

2.7 “Should I throw an Error in a new Promise() or call the reject function?”

If you are calling a non-callback and non-Promise procedure that isn’t in your control and that throws an error traditionally, you can wrap it in a try/catch block. (Read the next question to understand why you cannot do this for a procedure that throws an error asynchronously - this will almost never be the case; it will instead ask for an error-first callback or return a Promise.)

2.8 “Is throwing the same as rejecting?”

No. But yes. To the handler, there will be no difference, however you cannot throw asynchronously! This is why we are given the reject function to begin with! Placing an asynchronous operation within a try/catch does not guarantee that a thrown error will be caught by the catch block, because the asynchronous procedure will actually execute outside of the try block.

2.9 “Why isn’t my Promise‘s error handler being invoked?”

A common mistake when first starting to use Promises is placing the handler for catching errors within the same call to then where one of those errors may be thrown.

2.10 “Why is my Promise ‘pending’ when I have already resolved it?”

This is my most ‘pondiferous’ finding (or interesting for those less versed than I in the language of Ponderers): all Promise handlers are executed asynchronously! What does this mean? Let’s take a look…

(1) We create a resolved Promise using Promise#resolve and attempt to create a handler to accept the success of this Promise, but give it a a non-callable. In this case, a new Array.

(2) Then log the return of the statement (add both 1 and 2 to the call stack at the same time). This executes before the Promise attempts to call the success handler given to it with Promise#then, as a Promise waits for the call stack to be empty before invoking all handlers.

(3) Finally, once the call stack is empty, the Promise resolves as it accepts the result of the call to Promise#resolve because a new Array is not callable.

2.11 “Generally, what rules should I follow for handling errors?”

Always catch errors using the Promise#catch instance method at the end of any Promise chain.

The Promise object has a number of static and instance methods that used together with methods available on other objects within the JavaScript global namespace (e.g. Array) allow us to create powerful aysnchronous behaviour. We call these patterns as these behaviours will be used multiple times within a single application and across any number of independent applications.

3.1 Batching with Array#map and Promise.all

It is quite common to want an action performed after two or more other actions complete. Often you will be performing the same operation multiple times with different arguments.

How? You may have come across the Array#map method already. It’s a great way of turning a collection of things into a collection of other things. As an example, let’s turn an array of incorrectly spelt words into an array of Promises that will ‘spell-check’ each word and return the correct word. We will then use Promise#all to log the result of each Promise, but only once each Promise has been resolved.

Write clean code by chaining function references instead of giving anonymous handlers to then. By giving a function reference at each step of the way you can make it much clearer what the code is doing to whoever is reading your code.

3.3 Throwing Instead of Rejecting

If you are writing large applications you might find it useful to start throwing errors traditionally instead of calling Promise#reject when an error occurs. The best reasons I can think of for adopting this pattern are that (1) you can write custom Errors and (2) you don’t have to remember to call Promise#reject.

Anti-patterns are the charlatan of the programming world - created when a particular programming tool or construct is used to solve the wrong problem whilst doing so in a semantic and seemingly ‘complete’ manner, they of course appear to lack any negative consequence, but in reality will have subtle and potentially harmful side-effects. Promises aren’t invulnerable to the lure of the anti-pattern, so here are some to be aware of.

A common mistake made when starting out using Promises is wrapping a Promise-aware procedure in a defer [7]. This happened to me when I was made fimilar with deferreds before I was aware of Promises (even though Deferreds inherit from Promises!). The largest issue created by this anti-pattern is that errors become lost, meaning your application could fail unexpectedly or the user is left waiting indefinitely for an action to complete that has actually errored. Another is that you are over-complicating your code, potentially confusing other developers.

The above is exactly the same as doing:

This might seem obvious, but that’s because I have defined the function that we are wrapping. If you don’t know that the function you are inadvertently wrapping returns a Promise then this anti-pattern might catch you out.

Promises are made to take us away from nesting, but you will often find Promises nested within each other callback-style. The problem here is that it means by using Promises we are no longer solving the fundamental architectural issue from which they are borne.

The correct way to approach this would be:

To chain Promises you must pass a result by returning something from a handler: a value or another Promise. This may not be an issue if a Promise does not actually pass on any data, but it may cause some confusion for developers (or you, a month down the line) who do intend to pick up the result of that Promise later on. This is demonstrated quite easily if we rewrite our makeHelloUniverse function.

Apologies to those who didn’t find an answer to their question here. Ask it in the comments and I will do my best to answer it. Or even better… ask StackOverflow [8]! If you’re starting out, lots of these examples will be confusing and may even make you feel like you’re taking a few steps back. Try using Promises ‘in the wild’, make mistakes, and you will soon start to understand them regardless of what you read on the web. Practically they appear difficult, but conceptually they are really quite simple. 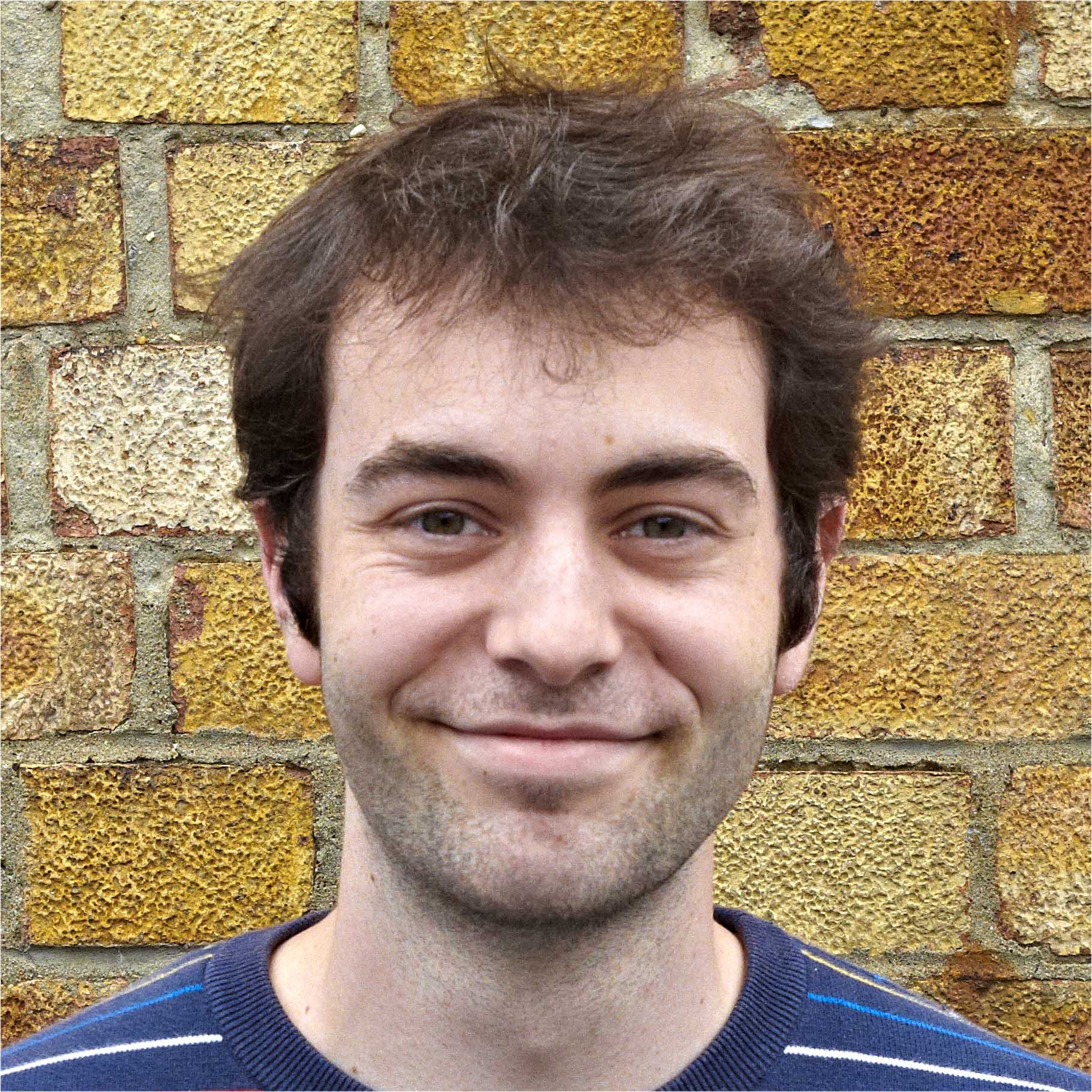